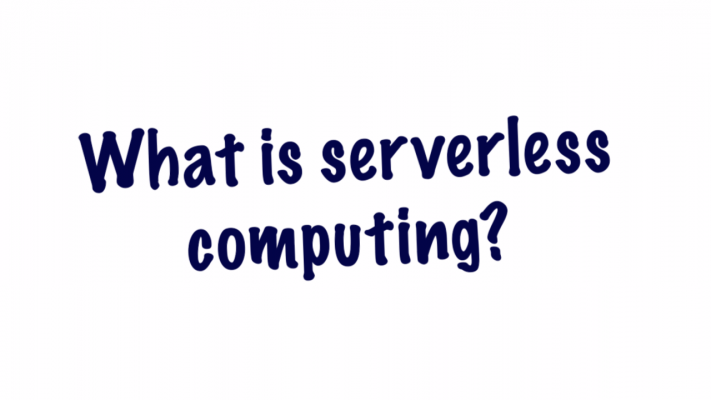 What is Serverless Computing? (Part 1 of 5)

What is serverless computing? This brief video answers the question on the who's, what's and why's of serverless.

Part 1 of a 5 Part Series. See the other videos here: All About Serverless Computing

It's probably one of the worst named technology trends ever because of course there's always a server there somewhere even in virtual server days there is still a server. There are still servers! But it's probably actually a name that's going to stick because every other name you come up with implies something and what we're really implying by saying server-less is that when you run your I.T. application this way you know explain what that is. You don't run a server. Somebody else is running the server for you. So from YOUR perspective what you're doing is server-less. All right. So what it actually is it functions as a service for taking your code and just submitting the code to a service provider. They run it on the app server. They run it on the Kubernetes, they run it on the virtual machine, they run it on on a cloud. And since they're handling all the I.T. operations management that that goes into running that code, it's almost taking it to the extreme of where virtualization is going, containers are going. And now server-less goes a little bit farther and says, "hey you're app-dev just give me your javascript, just give me your Java, and we'll take care of the rest for you as a service. That's serverless.