Kaminario: From Arrays to “100% Software” 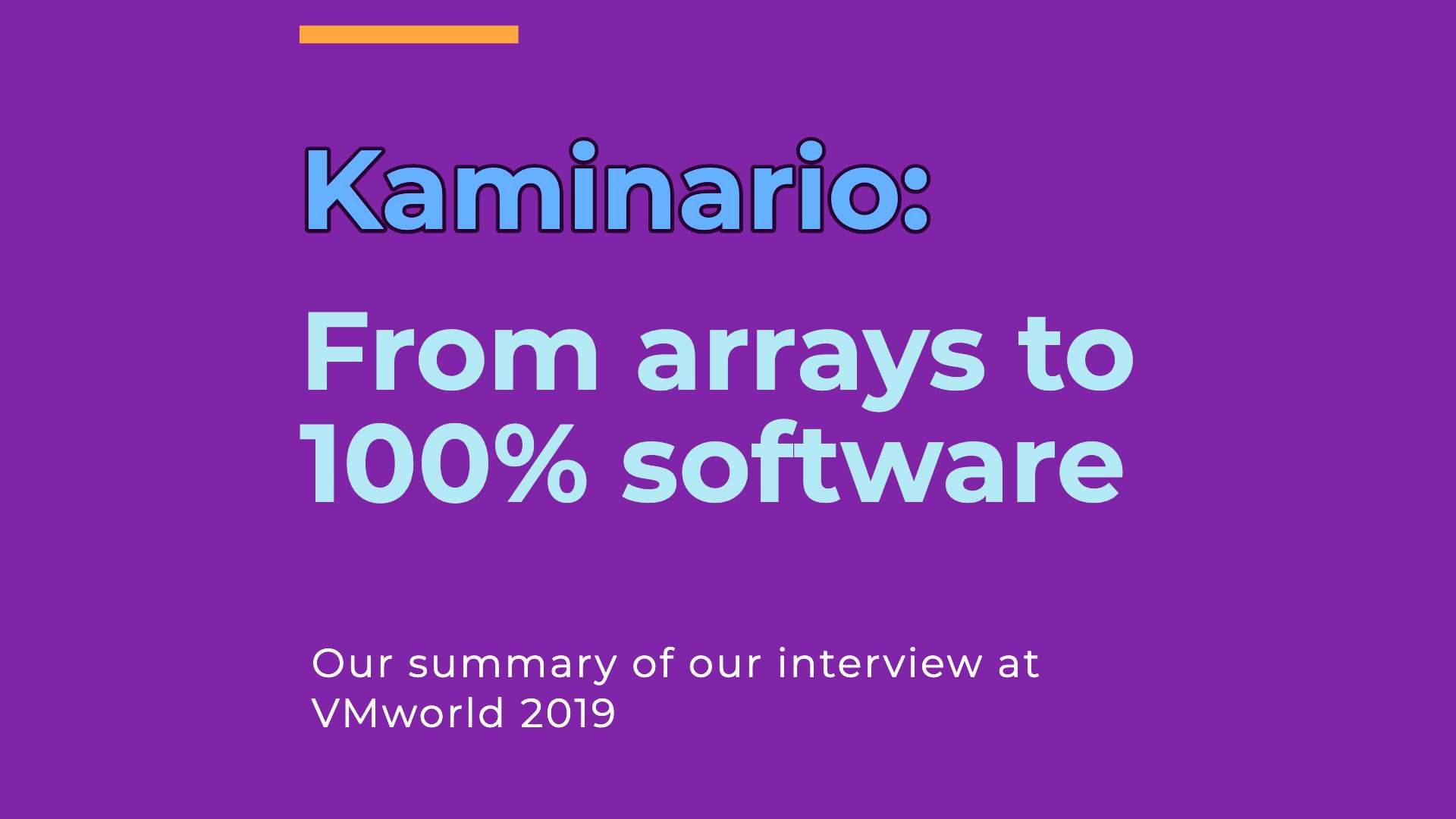 A Different Approach to Storage Technology

Kaminario left the business of making arrays two years ago to go to market as a software company. According to Josh Epstein, Kaminario’s chief marketing officer, their approach “… fundamentally decouples data services, and storage technology from the underlying infrastructure. So what we’ve recently been doing is applying that same concept to applying our data services with the underlying infrastructure, as actually public cloud infrastructure. So we're creating these true shared storage array targets that are actually sitting on top of GCP or AWS.” Their goal is to help large industries with critical data (like health care, financial, e-commerce, and SaaS) that depend on the reliability and performance SLAs of shared storage by allowing them to get “that same sort of control while running on these public cloud platforms,” says Epstein.

The Shift Toward Cloud, Containers … and Developers

Epstein adds, “We see that the vast majority of enterprise data centers and IT organizations [are] expressing real interest about moving true mission-critical workloads out to the cloud. And that requires, you know, sort of bridging the new cloud world with, kind of [sic], the known quantity of enterprise-class shared storage.” Epstein acknowledges the shift towards developers and says that, “Kubernetes is a phenomenal tool that allows developers to access underlying infrastructure as a set of microservers. This is fundamentally what we're doing by going all-software. We've effectively turned a shared storage platform that used to be packaged into an array into a set of data services that can be accessed as microservices through Kubernetes or other orchestration platforms, whether that be on on-prem infrastructure or out in the public cloud.”

VMware was full of talk about Kubernetes and containers, and Mr. Epstein was tight-lipped about the company’s next moves during his interview with Mike Matchett, but you can find out about Kaminario’s recently introduced Data Plane Virtualization (and more) at kaminario.com.