Resiliency in IT: Protect Your Data 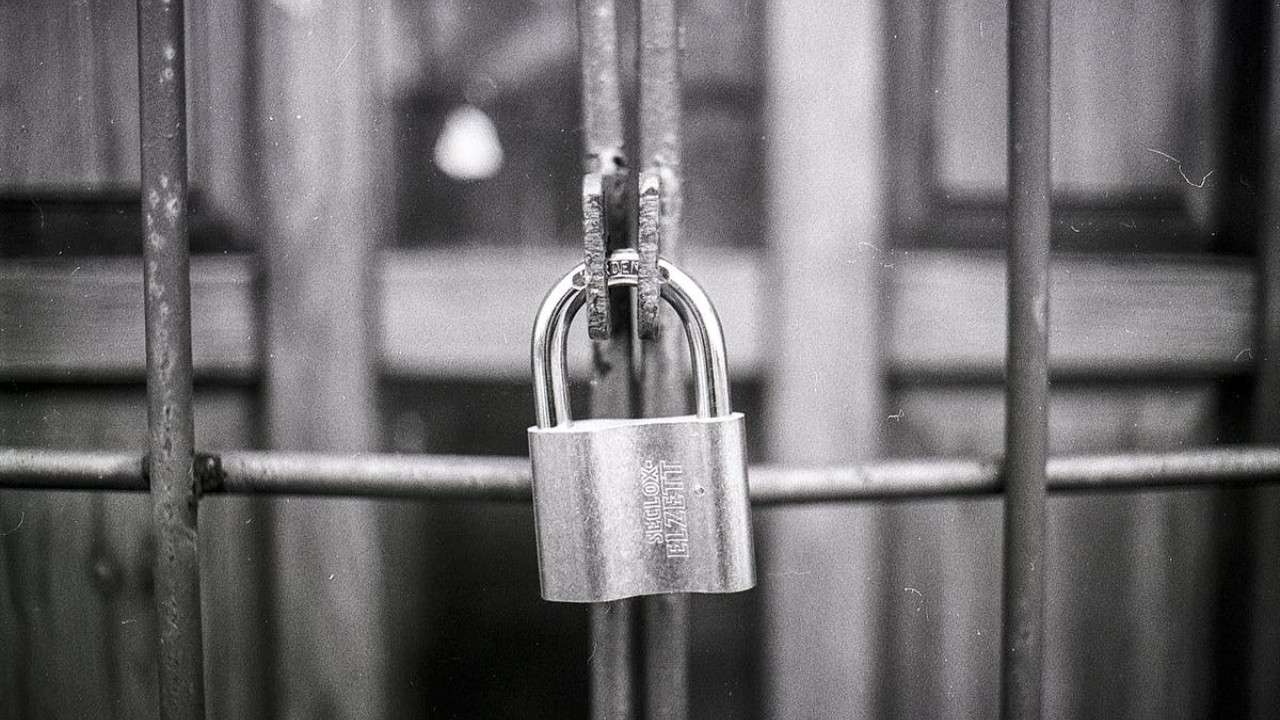 The US Signal Story

Mike Matchett: Today, we want to consider why I.T. wants or should want to get out of the operations game possibly altogether. For some people it seems obvious because they can lower their costs, they can focus on the business. And other folks are saying, "Look, we have this long legacy of things in our data center that we're just never going to get rid of. We're always going to be in the operations game to some level." And other folks are saying, "Hey, look, we're playing with things that are going to be hybrid.".

Mike Matchett: So there's a whole spectrum of folks but we want to get some perspective on this from someone who's actually delivering lots of managed service value. So today, I have Matt VanderZwaag who's the director of product development from U.S. Signal. Welcome, Matt.

Matt VanderZwaag: Hey, Mike. Thanks for having me.

Matt VanderZwaag: Sure. Yeah. Today, we're really trying to concentrate on our customers I.T. stance. So to do that, we have come up with a lot of different solutions and it's all based on our fiber network that we have through the Midwest data centers like you just mentioned, cloud infrastructure hosting, both dedicated and multi-tenant infrastructures, data protection across the span portfolio to have backups, I.T. resiliency. We have security offerings. What else am I missing? Just general services, professional services, managed services.

Matt VanderZwaag: We're really trying to help our customers today kind of do a big lift and shift from their current I.T. stance into a more managed model that we can help them with.

Mike Matchett: I mean there are words like digital transformation and digital modernization and all sorts of things going on. And you guys sound like you're in the role of going into customers who might be a little bit legacy oriented and dragging them into the future.

Matt VanderZwaag: Yeah, that sure is the case. It's always interesting when we go through some of these -- kind of the assessment process or trying to figure out how to shift workloads into our cloud. You'll always have like you said legacy, you'll always have some of these applications that are just proprietary built for a certain system, maybe it's IBM. We are a VM workshop running on all Cisco but we can still tailor to that because we have colocation services. We help bring that hardware in all still seamlessly ties in to get their applications all adjacent and running up.

Mike Matchett: So you guys, interestingly you just did a survey recently on the topic of resiliency which is near and dear to my heart, data protection and topics like that. And we're talking, some contradictory evidence was coming out of that survey. You just explained to me like what you were finding when you asked Sheryl about their impression about how resilient they are.

Matt VanderZwaag: Sure, sure. So we went after our customer base and just asked them what have their experiences been and what in their mind, when they talk to resiliency in their own organization behind closed doors, when they're having their meetings with executives, how are things standing. And kind of the star, one thing that they came up with was 70 percent of organizations polled had an I.T. event, a disruptive event in the past 12 months. Bring that number up to 80 percent for the past three years. Now, if you ask them on the flip side kind of the reverse question, how planned, how prepared are you for an event if it were to come up. And what was that number? 70 percent felt that they were prepared.

Mike Matchett: So the opposite of the number that said they had an event said that they had felt prepared. So there's a mismatch somewhere in the middle.

Matt VanderZwaag: Yeah, yeah, a direct mismatch for those questions. Now, how do they rank their preparedness? What are the metrics around them? Money is involved. Criticality of workloads in the business systems they have in place are involved. Maybe they do say that we could -- we still feel prepared and were willing to accept a 50 percent loss of data. It sounds crazy to me but that could be the case.

Mike Matchett: Yeah, I think people baseline on what they've always had in cases. So maybe their impression of best preparation still is some acceptable loss, which today we're like, wait. You might go to them and say like, Wait", that's not acceptable. You shouldn't be losing data at all in the new world, right. We should be able to protect that.

Matt VanderZwaag: Could definitely be a case of some complacency there. And that's part of our conversations is trying to raise awareness to that and helping them understand that there is a greener grass on the other side.

Mike Matchett: So part of that survey also touched on DR plans, right? You asked them about -- and I think you told me about a third think they have a good DR plan but tell me if you got some details on that too.

Matt VanderZwaag: Yeah, it was. Yeah, you got that right. Thirty percent or so said that they have a DR plan and they're basically -- they have the check stamp on it that they're good to go. However, 60 percent, and that's kind of the one that stood out the most to me, 60 percent said that they do have a plan so there's stuff written on paper and they talk about it. However, they already acknowledged the fact that there is room for improvement. So that's a good thing. I think it's good. I think probably part of the 30 percent that said that they were good to go, I would expect that some of that should actually be moving more over into the 60 percent bucket.

Matt VanderZwaag: Probably just aren't real comfortable bringing up some of the vulnerabilities they might have but --

Mike Matchett: Yeah. And I can imagine as they drop more technologies into their data center, the holes just keep growing. So even if they had a stamped DR plan last year, it's probably got a hole in it this year if they haven't been reviewing it, right. And I guess best practice I would say you'd have to be reviewing your DR plan annually. But you were telling me that that's not the case either, right.

Matt VanderZwaag: There was only 34 percent.

Mike Matchett: That looked at the eyes like -- amazing. It's like, hey, you know, disasters happen but okay, there we go. Part of being a disaster I guess would not just be stuff you messed up internally but getting attacked externally as well. So you guys have been plugging -- I mean part of what you do at U.S. Signals you look -- you tell me you are looking for the opportunities in I.T. to plug gaps and what's out there.

Mike Matchett: So you've done some recent partnering. Tell us about that.

Matt VanderZwaag: Yeah. So obviously when it comes to I.T. resiliency, one of the buckets that you have to address is hacktivism, ransomware, things like that. So we've had -- we have moved into a DDoS protection offering that we formally released at the beginning of -- what are we -- we're in November now. It was actually the beginning of October.

Matt VanderZwaag: So we did we partner with CloudFlare on that one. We feel they have an awesome platform that we are able to implement and address 80, 90 percent of the issues with a text to Web based applications and websites and DNS-based attacks with their global network and an edge-based systems. It's really awesome. So we can end up -- we bring that in and we layer our managed services on top of that and control all the DNS changes and firewall, the web application firewall settings for them. So it's going to be a really compelling story for us. We already have a couple opportunities in place with some end users and it's hit the ground running.

Mike Matchett: Yeah. I mean it's just -- if I was running a big organization, I'd be almost as afraid or more afraid of external penetration, that DDoS denial stuff and the rest of it, as I would with ransomware and the rest as I would be from, hey, my supposedly medium available server keeps going down. Very, very interesting. All right. So just if you have one last set of -- one last piece of best practice advice for folks, what would that be?

Matt VanderZwaag: Boy, I think people have to start moving in the direction of getting a little open-minded about outsourcing whatever services they can, trying to get their toes wet with cloud. And I know that that's been a story for the past 7, 8, 10 years. But you got to start move in that direction because if you can get your internal I.T. organization to start concentrating more on the business itself, what do their end users need? That's what they need to be talking about. What technologies are in place that they could be leveraging? Internal I.T. staff have one thing that's above anything else and that's institutional knowledge about the business that they support.

Matt VanderZwaag: US Signal, when we come in to try to help somebody, we're going to try to adapt as much as we can and learn the institutional knowledge but the people that work there are always going to have the most. So outsource some of the services to a cloud provider. Maybe that's through disaster recovery at first, replicating your environment to a cloud environment. You can actually test your workloads that way. It's a pretty nice low risk situation to have. So trust in the cloud provider and start getting your toes wet.

Mike Matchett: Yeah. I guess trust is the really big keyword there and find people you can work with that you can trust. On that note, Matt, I'm assuming that there's a website that people should go to. Is there anything in particular that you tell people to look for or just to start with if they're -- if they just want to take a look now?

Matt VanderZwaag: Sure. Yeah. Ussignal.com is our website and try and navigate into the resources side of things. We have some really awesome white papers out there where we really pay attention to what our customers have. We try to really document things in a role in a way that makes sense to you. And we have use cases and case studies with some of our customers that, because we target all the different verticals, are probably going to fit into somebody's that may be looking at our website. So check those out.

Mike Matchett: All right. Thank you very much, Matt for being here today. That's Matt VanderZwaag, director of product and product development at US Signal. Thanks.

Matt VanderZwaag: All right. Thanks, Mike. It's been great.

Mike Matchett: And thanks for watching. And I'm sure we're going to be back with much more coverage of this evolving cloud story because it's what everybody is talking about. Take care, guys. Bye.