Hyve & Equinix: The Nested Hypervisor | Truth in IT: Enterprise Tech via Video

Hyve & Equinix: The Nested Hypervisor Mike Matchett: Hi. I'm Mike Matchett with Small World Big Data. And today we're going to talk with a managed service provider, managed hosting provider in fact. One that's coming out of the U.K. and is ... 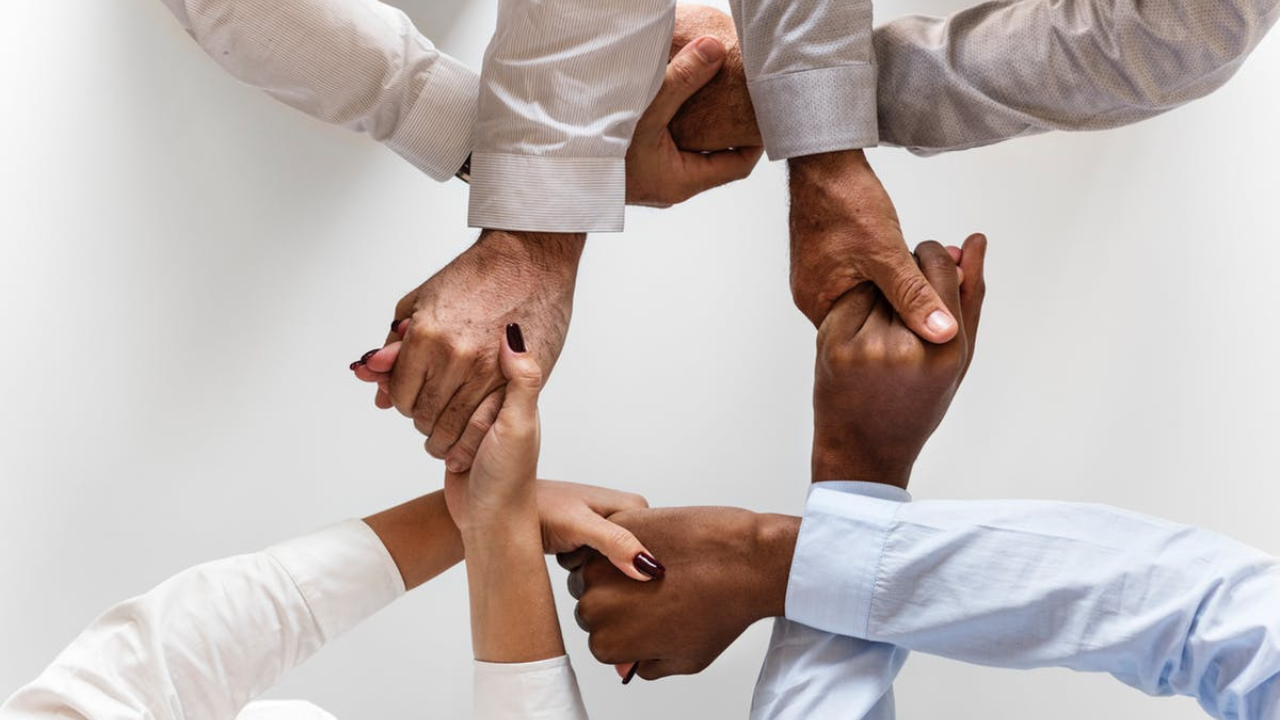 Mike Matchett: Hi. I'm Mike Matchett with Small World Big Data. And today we're going to talk with a managed service provider, managed hosting provider in fact. One that's coming out of the U.K. and is growing in the public and government sectors, especially doing really well, expanding, got some new partnerships going (including their new one, with Equinix).

Mike Matchett: Why do we really care about what managed hosting service provide? Aren't they just the same apples and apples and apples and we just pick one randomly or the cheapest one? Not necessarily because each can bring some different strengths the table and different disciplines and abilities and best practices. So with that, let me introduce Graham Marcroft who's the director of operations and compliance, the operations and compliance director at Hyve Managed Hosting. Welcome.

Mike Matchett: So just briefly, where did Hyve come from and why is it maybe a little different than other providers out there?

Graham Marcroft: Yeah. Okay. So Hyve, it's based in the U.K. Now, we've got some great partnerships going on with Equinix State Centers so we can offer colocations around the world. But the real strength of Hyve and we get told this time time again is that what we offer and we can offer private and virtual cloud -- sorry, hybrid clouds and support customers that are on public clouds. Our unique service really is that we can offer a managed layer between that.

Graham Marcroft: And the way we do that is that we have small teams of support guys and they are allocated to a specific group of customers and those support guys, they'll get involved right to the very beginning of the crisis. So when we're talking to a prospective customer, we're sitting down and we say, what system have you got and how can we build your solution around that. With respect to get some public cloud, you got to put your solution in and put it around what's there available. So our support guys, they'll be talking and understanding and architecting a perfect system for these guys. And then once that system is deployed, those support guys remain looking after that customer.

Graham Marcroft: Okay. So with each small teams, you got sort of hardware specialist, you got architecture specialist and software application specialist. And then it's a bit cliche but it's true that they actually do become an extension of these customers' businesses. And we get told time and time again, that is a really strong point and offering that Hyve give.

Mike Matchett: All right. So it's not simply you got a bunch of smart guys that help with onboarding and then move on.

Mike Matchett: You've organized around this idea of sort of a continuity as I think we talked about where --

Mike Matchett: Your small team helps right from the very start, gets them designed right, onboarded right. But there is the support and ongoing management team going forward. And we were talking about the turn rate and turnover in government and public agencies on these projects anyway. And in the theory obviously you've been having is that you probably provide more continuity on some accounts than the customer has on their side of the house.

Graham Marcroft: Yeah, absolutely. I mean with retrospect especially in the U.K., we did find that budgets expand, budgets shrink and that only means that people move on, they get moved around different departments but the start turn rate are high, it's miniscule. And that means that our support guys, they are that one bit of continuity, not only they're service renders but our support guys, they're always there for them.

Mike Matchett: Right. And this is not necessarily a premium. So this is what you do. This is just the way to go about it. Yeah.

Graham Marcroft: Yeah. This isn't a premium service. This is what Hyve is about. It was all about providing a fantastic product and cloud but the support have to be second to none.

Mike Matchett: All right. So two other things that you brought to the table. One is you got a new partnership to get global I guess. So I would say get out of the U.K. but I mean the U.K. is global already, right. It's the American mentality, right. It's like, that little company, that little country over there, I don't know, sun never sets and all that.

Mike Matchett: So we know you got this new partnership with Equinix, right. And over here, we all know what Equinix does and who they are as a big colo. A lot of people in the I.T. probably trotted through the Equinix site. What does your partnership allow you to do now with Equinix? What can you now offer?

Graham Marcroft: Yeah. Since we started this partnership, we've been able to sort of expand globally very rapidly because we now have customers that are running out in the U.S., Colombia, South America, and Australia. A lot of the times, these are companies that are U.S. -- sorry, U..K based but have overseas opportunities and things like that. And they do come with their own specific regulations and requirements. So Equinix has been able -- Equinix has allowed us to expand to all of these new different territories.

Mike Matchett: And it's not -- what I mean what's interesting is we're talking -- when we're talking government and a lot of public sector stuff, obviously compliance and standards are the big thing. I mean you're a compliance director yourself and you're expanding your compliance role. So you can't just take these customers into a private cloud, right. It's not that easy. So Equinix allows you to build something new here and it's called Nested Hypervisor. Maybe you could explain that concept a little bit.

Graham Marcroft: I'll sort of give a 30,000 foot view of it. So with our nested hypervisor, it's kind of like a virtual cloud within a virtual cloud. So what we're doing is we are provisioning one very very big cloud with huge amounts of storage, CPU and RAM. And then so it is based on the SX and then we can provision smaller clouds within that big cloud. So that will give the customer the ability to scale as and when they need to. I think we spoke earlier, developers do like to work at 2:00 in the morning. And they're just releasing that program and and they need -- oh my goodness, we need more computing power, we need bigger storage.

Graham Marcroft: So within a virtual environment, they can resource that platform to whatever degree they need to up to and include in the size of the big cloud that we provision. So we know why that's a big public cloud, right. I need to buy some more resources so let's put that there but it's in a private environment and it's got that management layer there as well.

Mike Matchett: Right, which is quite clever if you're really concerned about privacy and compliance and regulations --

Mike Matchett: -- and adhering to that.  It's a lot less of an attack surface for anything you're doing. Even if you have rogue admins, I imagine there's only so much they can do inside that private cloud --

Mike Matchett: -- to consider that data out which is really great. So just one last kind of a content question here is like we know compliance is a big concern. Obviously, GDPR and SOX and all, pick your standard or what. What does that imply for what companies have to do for security or the government agencies? What do you tell them about security and what you can provide?

Graham Marcroft: Well, I mean the thing is you've got to take a step back and you've got to make sure that the offering you give, especially today's day and age, we said earlier about you're going to open the newspaper or go online and see a company has been attack, there has been a data breach. So it's about your offering where that data is going to be hosted, the services that you provide. I think they can't just be an ISO 27,001 which a couple of years ago was the gold standard. Things have moved on.

Graham Marcroft: So especially within the U.K., I'm not sure if you know, there's something called the NIS Directive and this report out by GCHQ or a department within GCHQ which is our intelligence guys. And they said that if you're going to go with any sort of public -- big public sector bodies, any critical infrastructure within the U.K., you need to adhere to these directives. And as I said, this is sent down by our I guess FBI version as it were. GCHQ, these are the rules that you have to go through.

Graham Marcroft: And when you can show that offering to government departments, to public sector bodies but also to other industries where data and security are absolute paramount. So the pharmaceutical industry where they got all of this information that it just cannot lay. So you can say these are the security policies we have so ISO 27,001 but also now, the ISO 27000 is 17 which is the cloud security. It's cloud specific. As I say, the NIS directive. When you can show that you are adhering and certified in these policies, it gives the customer comfort. And if you can give a customer comfort over security, I think you're halfway there.

Mike Matchett: All right. This is all great, Graham. Where should someone who's maybe interested in looking a bit deeper into what you're offering and why it's differentiating and why you guys are so good, where should they go on your website? Is there any special place?

Graham Marcroft: I mean it's -- actually, we're really proud about the new thing that we're released on our latest website. But it's just www.hyve.com, H-Y-V-E.com. And straight away, you'll be able to see who we are, why we're different and what we can offer you.

Mike Matchett: All right. Well, thank you very much for being here today, Graham. Appreciate it.

Graham Marcroft: Thanks a lot.

Mike Matchett: All right. And thank you for watching. We've got a lot of stuff on managed hosting coming up and more cloud providers, more information security compliance. We've got it all coming for you guys. Stay tuned. All right. Take care.