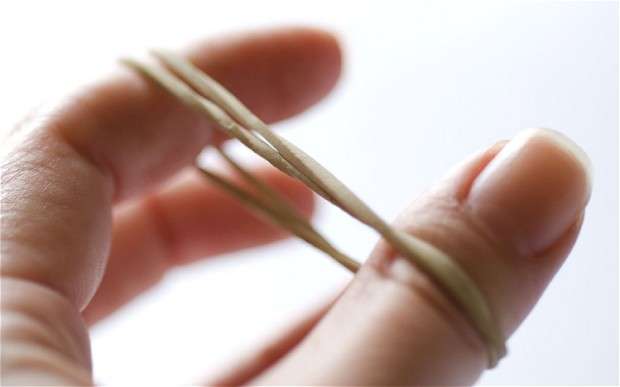 Mike Matchett: Hi, I'm Mike Matchett with Small World Big Data. And we're going to continue our talks about cloud storage. What do you do with getting data in that cloud migration journey from on premise into the cloud to make use of cloud elasticity the utility the bursting. But you know data, data has gravity because files are hard to move back and forth. There's a cost there's time there's latencies performs and a bunch of really hard problems to solve with bursting a file IO intensive workload from on premise to the cloud. But that's exactly what people want to do. So we're talking with the Elastifile. I've got Jerome McFarland, who is the V.P. of Marketing. Welcome today Jerome.

Jerome McFarland: Thanks a lot. Appreciate it.

Mike Matchett: So Elastifile starts out by being, I don't know what we call software defined NAS but in last couple years maybe you really now start to focus as you said on the cloud side of the world the cloud side of things an outcome of the version 3 before we get into version 3 stuff though. Just tell us a little bit about the core part of the Elastifle. What is the core storage thing that you offer?

Mike Matchett: So you know we talk a lot about next gen web apps cloud native apps and they're using REST protocols and doing all sorts of stuff to go after storage. But if there's any third party app that we have that's important or any older app that's already been written it's not written to go after files in a file system POSIX format. And when we lift and shift that a burst as you're saying we need a file system to match up there. So that's the first problem you guys are tackling right. But now what good is the file system if it doesn't have a data in it. It's now my data's on premise... how do we get the data up there into that file system?

Jerome McFarland: Yeah so we also provide capabilities to basically give you that data mobility between on premises environments in the cloud and we also provide capabilities in the cloud to tier the data and manage the data cost effectively. So we have something that we call Cloud Connect which enables you to basically take data from any on premises file system and we'll tier it into the cloud or mobilize it into the cloud and encode into object storage but we'll retain all the file system goodness all the hierarchies all the links all the attributes et cetera. And then when it's staged in object storage it can wait there in cheap'n'deep object until you're ready to do your work. Then when you're ready to do your work you can spin up an Elastifile file system and our tiering capabilities enable you to access that data and objects seamlessly through our file system.

Mike Matchett: So this is not using a gateway to make use of cloud storage of secondary storage or are we really saying I'm going to actually move and make a copy of the primary file system data I have up into the cloud I'm going to use object storage as kind of a tool more than more than the end target. Once I get it up there and I'm using that object storage for what it has I'm still able to then pull it into a file system on demand almost up in the cloud now to feed the applications that need it when I want to.

Jerome McFarland: Exactly. Elastifile's goal and mission is to enable enterprises with enterprise file storage in the cloud. So with our new features and our new release we're integrating object storage intelligently to basically give customers the ability to dial in the total cost of their infrastructure in a way that makes sense for their given use cases. But at the end of the day the applications are accessing the data and interfacing with the data through the file system.

Mike Matchett: So let's be clear. So your version 3 has a thing called cloud tier right (Clear Tier) and this is an ability to run a file the Elastifile file system in the cloud. Same looking the same as my NAS or Elastifile on premise would look it from an application perspective and the data using your utilities to get the data back and forth can make the data appear on either end the same bi-directionally.

Jerome McFarland: Yeah. So it ClearTier basically the way to think about it is it's a way to blend the low cost of object storage and the performance and application compatibility of file storage in the cloud. So now a user can basically specify how much data they want to be looking at an object how much they want to be located on file. All of this happening in the cloud. And so based on their sensitivity to performance versus cost they can dial in their solution cost in a way that makes sense for those workloads.

Jerome McFarland: And so that's and that's and that's now once I've got my data up there I can say I want to mix in terms of practicalness I want a mix of the object storage at a lower cost and the more expensive file system resources of the cloud presented both as a file system to my applications. So it's (exactly) so that's the clear part of the ClearTier and I mean this is so cool you have a little slider in the tool that just says you know performance to cost and you just pick you know how much what percentage of the data you want the the solution here to algorithmically keep tiering back and forth and get a predictable cost out of it as well.

Mike Matchett: Yeah exactly we're trying to make it easy. I mean at the end of the day when people use the cloud they're expecting an easy user experience. We've all gotten used to consuming consumer services in a cloudlike way. We expect the point and click and very simple and we're trying to do the same thing from the infrastructure respect.

Mike Matchett: And I think I mentioned this before. What struck me is if I burst if I have an application like S.A.P. or something and I'm running it in the cloud side as well it processes a bunch of data, writes alot of changes. We always said this is bi-directional, I can I can propagate those changes back through, flush them back down and send them back to the onsite file storage as well. So it's not like I've done a one way migration. This can be something where the data lives in both places.

Jerome McFarland: Yeah definitely. I mean our focus is on the in cloud experience. But you know there's two those two components there's the Cloud Connect piece which gives you the data mobility between on-prem and the cloud. And then there's the ClearTier piece which gives you the integration of file and object in the cloud that cost effectiveness. So yeah we support a variety of different use cases and workflows and you can bring data back if you so desire through Cloud Connect.

Mike Matchett: I know we talked a little bit about the economics and we could probably talk for another half hour on the actual multi-cloud brokering that you could probably do the actual policy balance between performance and cost storage on the cloud because of some really cool stuff but we've got to move along here. There are some other things that you're doing. One of them because you're now in the cloud because you now have this ClearTier that can make sure that you can do infinite snapshots telling us how that works.

Mike Matchett: So I can I can start to talk about some really solid and fine grained data protection and recovery techniques is pretty cool. Just as we sort of get to the end of this, tell me a couple of use cases now that are really popular with people looking at Elastifile who's really getting a lot of value out as what kind of workloads are they doing.

Jerome McFarland: Yeah we see a variety of use cases that you know were beneficial for you know on that side of the bursting type these cases we see you know media and entertainment where there is rendering and transcoding workloads that definitely can make a lot of use on a scale our compute to get those jobs done more quickly and then those also need file storage under the covers to manage the data so those are great bursting use cases. We see the same thing you know in the semiconductor design space they need to do similar solutions. We also see you know full wholesale lift in shifts like you mentioned before SAP, you know that's a workload that we've seen a ton of interest where people are shutting down on premise data prisoners and also moving their SAP infrastructure to the cloud. And it's a different performance profile different and a different capacity profile but that's why we've introduced these ClearTier features to let for different workloads you get the customer dialed in their performance capacity ratios in a way that makes sense.

Mike Matchett: I mean there's a lot of benefits in a lot of issues about moving S.A.P. into the cloud but you just brought along another big one in that once I've got my huge set of SAP data up there I can anytime go in there and say I want to know more performance on the data. I want a little more capacity cost effectiveness and just keep twittling that back and forth as time goes on to meet your business needs which you can't do on site right you've kind of locked into what you bought on site.

Jerome McFarland: Exactly. The idea is to give flexibility and elasticity is like you know it's built into our name right, Elastifile.

Mike Matchett: Yeah it was really cool. And then I should mention by the way once you've got your Elastifile in the cloud you can put Elastifile in another cloud or another availability zone. And there's a lot of goodness that works across that as well because it's a built for the cloud and can take use make use of make use of multiple zones to replicate across right.

Jerome McFarland: Yeah definitely. Yeah. So yeah definitely when you think about availability zones you know what we've seen is people want to replicate across them for resilience in the cloud.

Mike Matchett: So very cool stuff so a lot of good things to look at version 3.0 with ClearTier. Thank you. Jerome for being here today. Can someone just come to the web site and look for information on this? Should they just go to Google and check it out? What should they do first?

Jerome McFarland: Definitely I'd say go to the web site, www.elastifile.com, also following us on LinkedIn and Twitter is a great way to stay up to speed on our latest and greatest. And of course if they want to deploy and test us out they can go to Google cloud marketplace and deploy Elastifile in just a few seconds.

Mike Matchett: Yeah just check it out give it a get a trial run to load some data up, it can't hurt. Right. Thank you for being here today Jerome.

Jerome McFarland: Thanks a lot Mike, I really appreciate it.

Mike Matchett: And thank you for watching. We're going to definitely cover a lot more what's going on the cloud storage market so stay tuned. Thanks.